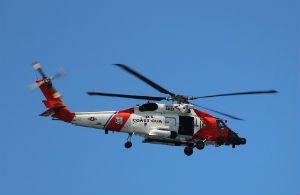 Ketchikan, Alaska – Officials report that at least four people are dead after a midair collision off the coast of Alaska. Specifically, the collision occurred near Ketchikan.

Rios said, “Our crews are out there searching diligently alongside our partner agencies and some good Samaritans. They’ve been searching throughout the day, by both air and by sea.”

The Federal Aviation Administration added further details about the incident. Specifically, they reported that a de Havilland DHC-2 Beaver carrying five passengers, and a de-Havilland Otter DHC-3 with 11 people on board clashed in midair “under unknown circumstances”.

Furthermore, the two planes were carrying sightseers from the Royal Princess Cruise ship. The cruise was on a seven-day trip that began on May 11 in Vancouver, headed to Anchorage.

Princess Cruises said in a statement, “We are deeply saddened to report this news and our thoughts and prayers are with those who lost their lives and the families impacted by today’s accident”.

Currently, officials have not released the names of the passengers involved. However, officials identified at least one victim as Canadian.

The FAA, the Coast Guard, and the National Transportation Safety Board are all continuing to investigate the incident.