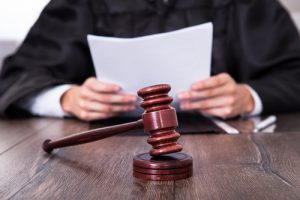 On Tuesday, the U.S. Attorney’s Office for the District of Alaska announced that it will petition for death penalty charges against a 32-year-old murderer from Alaska.

The man is being accused of killing two people, Crystal Denardi, 30, and Ben Gross, 43. His name is John Pearl Smith the second.

He would try to rob people whom he suspected were also smuggling or selling drugs. He used his gun to threaten them and steal all the drugs.

Denardi and Gross were residents of Wasilla, Alaska. Police said that they were also involved in illegal drug activities which is what led Smith to them.

A third person who goes by the name “R.B.” was also on the scene when the two were shot. Smith shot him as well, he suffered gunshot injuries.

When locals in the area heard gunshots, they contacted 911.

Police went to a house on West Cole Road that was on fire. They found Denardi’s and Gross’s bodies in the fire inside the garage.

Although the incident happened 2 years ago, the U.S. Department of Justice is now seeking punishment for Smith’s actions.