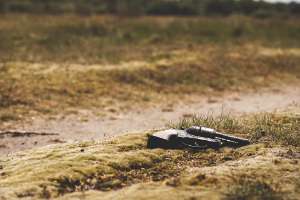 ALASKA – Almost twenty-six years ago today, a twenty-year-old woman was viciously murdered at the University of Alaska, Fairbanks.

Sophie Sergie was a native Alaskan from Pitkas Point attending the University. Sadly, the murder occurred in 1993. When the offense occurred, she was raped, repeatedly stabbed in the eyes and face, and shot in the back of the head in a women’s dorm restroom.

Meanwhile, in 1993 Steven H. Downs began his first year of college at the University. Originally, a Maine native, Downs attended the Alaskan University and lived directly above Sophie Sergie. Investigators briefly questioned both downs and his roommate while they lived in the Bartlett Hall. Both denied knowing anything about murder. Downs claimed that he spent the night at his girlfriend’s dorm at the time of the murder. Interestingly, t stood out to investigators because it was in the same building as the murder.

Although, due to new breakthroughs in the case, police arrested Downs.  On Friday 02/15, police took Downs (now 44) into custody. The police used DNA proof as grounds for the arrest of the murder itself.

Down to the DNA…

This DNA technology breakthrough resulted in the discovery of Downs through genealogical routes. This new technology also helped make the arrest of the Golden State Killer case in California last year.  The police collected DNA from Downs’ consenting aunt.  This, paired with the traditional gene research, allowed Alaska troopers to track down Downs in Auburn.

The original collection of DNA from a bullet at the scene harbored the DNA, but, at the time the technology did not exist to process it. Later, in 2000, investigators discovered Spermatozoa to determine the gender of the murderer. They found no male matches.

Unfortunately, it seemed that the investigators kept passing the case along to others. There was little development. It wasn’t until 2018 when Randy McPherron, contacted a lab that solely identifies suspects in unsolved cases with genealogical databases. This allowed police to officially link the murder to Downs. This man is expected to appear in court on Tuesday he faces extradition to Alaska.

Bed Bath & Beyond Exchanging Toys R Us eGift Cards: What is the Deadline?