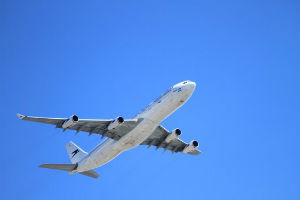 SAN FRANCISCO, CA – A flight from San Francisco to Philadelphia diverted to Chicago early on Wednesday morning. Apparently, a passenger decided to light up a cigarette during the flight. According to officials, when a flight attendant told the passenger to put the cigarette out, he became visibly upset. Consequently, the man’s behavior alarmed many of the other passengers.

Alaska Airlines flight 1138, scheduled from San Francisco to Philadelphia, touched down at O’Hare International around 4:22 a.m. Central Standard time. The disruptive passenger on the flight caused the diversion. Alaska Air officials say they took the precaution as a way to protect other passengers. Unfortunately, the man’s erratic actions following the putting out of the cigarette upset several people sitting nearby.

The Chicago police say the passenger initially cooperated by following the flight attendant’s request to stub out the cigarette. However, after the man did, he stomped up and down the aisle “getting belligerent.” Therefore, in an effort not to further upset other passengers the pilot opted to make an unscheduled stop in Chicago.

At Chicago’s O’Hare airport, the airline handed the man over to Chicago police. This information comes courtesy of the airline.