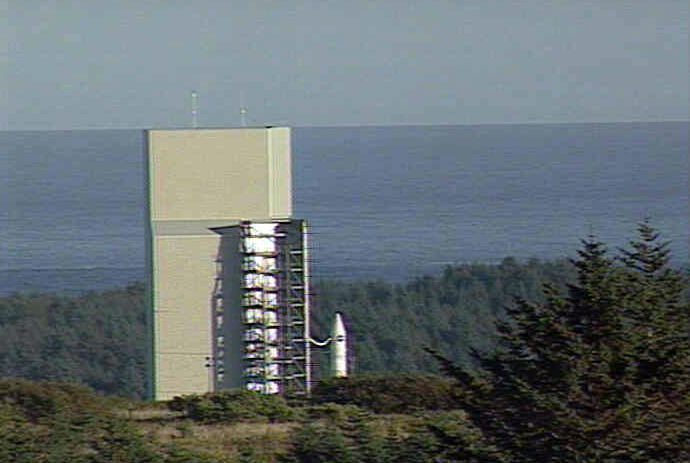 Juno, AK – The Alaska Spaceport is looking to begin rocket tests post COVID-19. The principal plan for 202 was to launch 6 rockets but due to the virus, plans have been pushed back.

The Kodiak space center has 2 launch centers. The development began during the Cold War. With Russia within 50 miles of the US, defense systems were necessary for America’s defense.

Rocket systems were the number one defensive measure for the US to counter potential Russian attacks.

During the space-race, Alaska used these launch sites for alternative missions. For rocket testing and for arctic orbital surveillance.

“We’re licensed for up to 9 launches per year. We’re working with the FAA (Federal Aviation Administration) to increase it to 36. You have room if a third commercial launch company wants to come on,” said Mark Lester, the president and CEO of the Alaska Aerospace Corporation. “I think that’s a really good place to make the spaceport vibrant.”

Rocket Launches From The Base Are Important

When asked about the precautions of reactivating the launch pad, feelings are not of worry. With fewer rockets launching, the degradation of the Alaskan climate can cause problems.

“We have six launch pads. The launch site has a pretty robust capability. We have payload processing. Two command and control centers. I feel comfortable that our infrastructure is in a good place,” Lester said. ‘Now we’re using the spaceport as an economic hub to create more aerospace activity.”

The Kodiak base is extremely important for US space missions. With the only other launch pad in California, the Kodiak base provides supplies and resources to the men and women in the International Space Station.

“The polar orbit is why Kodiak is valuable. The only other place you can go into polar orbit from the U.S. is Vandenberg Air Force Base in California,” Lester said. “There’s a role here for Kodiak to support government missions, military missions and commercial missions.”

In order for the launch pad to begin, a full inspection of equipment will need to take place. Thus, any issues will need adjusting prior to launch. The spaceport is looking to continue missions through NASA and Space X. With COVID-19 slowing down, operations can resume.