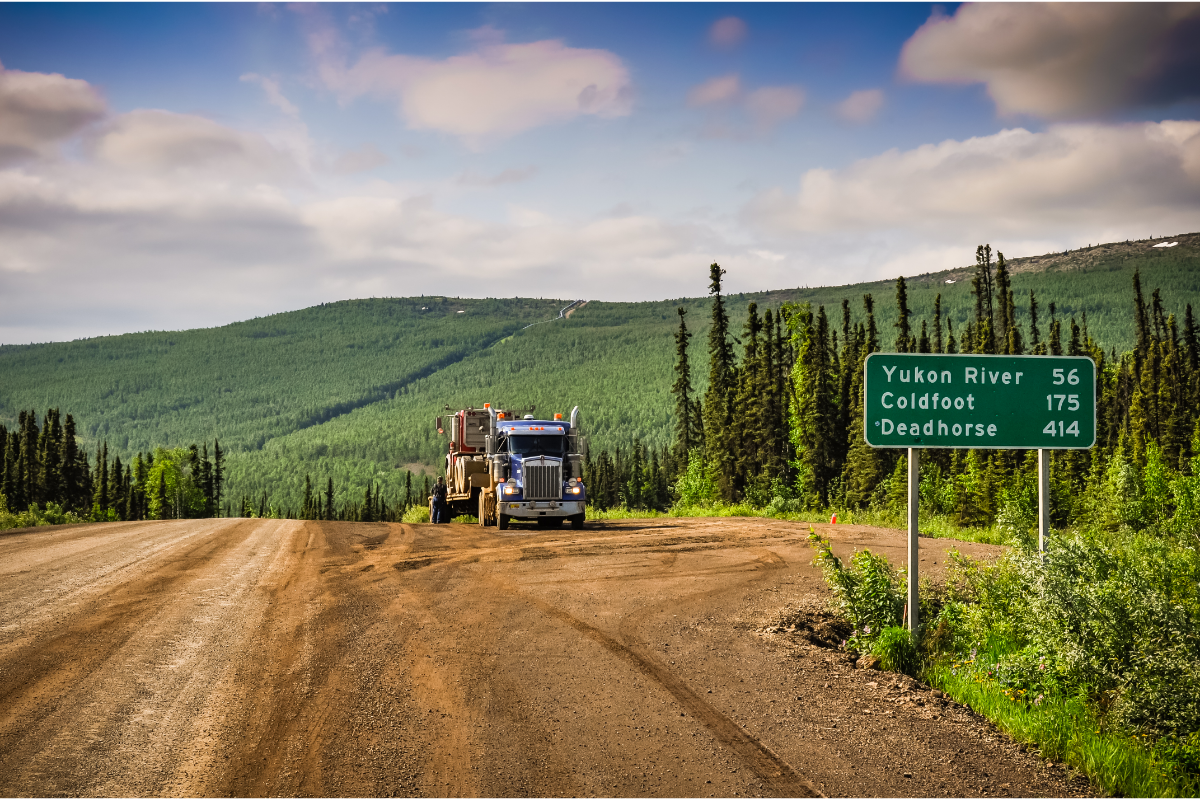 The Alaska DOT issued a warning about Global Warming.

Alaska faces many issues, but not one of them as big as global warming. Alaskan residents have a front-row seat to the problems that arise every day from the growing problem. The Alaska Department of Transportation issued a warning. “The warming Arctic climate has increased our maintenance challenges.” The biggest maintenance issue Alaska faces is on its historic Dalton Highway. Alaska has spent over $70 million on repairs on the road since 2015, but the problems with the road are only getting worse.

The Dalton Highway is a 414-mile stretch of road that goes through Livengood to North Fairbanks to Deadhorse on the edge of the Arctic Ocean. It is as long as the trip from Washington, D.C. to Boston, Massachusetts. The road is primarily used for truck hauling. The highway cuts through some of the most breathtaking landscapes in the region. It also shows the most dramatic effect of global warming anywhere on the planet. As of the beginning of May, there are currently over 70 reports of pending damage on the Dalton Highway due to climate change.

How is Global Warming Harming the Dalton Highway?

The number one reason the highway is always under repair is permafrost. This is ice that lives under the dirt on the ground. It stays frozen year-round. They built the highway with the expectation that the permafrost would be there for years to come. There are issues with building on permafrost, but historically they have had safeguards in place. Permafrost may melt a little in the summer and then regrow in the winter. However, the permafrost is melting and new frost is not being restored to the road. This creates sinkholes and permanent shifts in the road. There are talks about using more flexible road surfaces. Today, however, repairs are intensive and expensive.

The Dalton Highway passes through and around a shallow river called the Sagavanirktok River. It even runs parallel to the highway for the last 100-mile stretch. Global warming increases precipitation and melts snow caps, which causes the shallow river to rise. In 2015, the entire Dalton Highway had to be closed entirely. Alaska spent more than $17 million on emergency repairs to reopen the highway. It also stopped all hauling along the road. The state of Alaska used $70 million dollars to raise the road 8–10 feet to hedge against future flooding. However, the river will flood again, and every year it floods even higher.

Scientists coined these Frozen Debris Lobes as FDLs. An FDL is like a giant landslide that moves incredibly slowly. They consist of chunks of rock, soil, ice, and trees. Some of these FDLs can span miles across. In 2018, they found an FDL heading right toward the highway. It was impossible to stop, so Alaskan officials moved the highway 400 feet west. The hope is that the old road can stop the FDL, but experts suggest this move buys them 13-15 years, tops. FDLs move faster in the warmer weather, and this particular FDL speeds up exponentially every year.

Alaska, too, has plans to fight global warming on the front lines. However, every fight takes time and costs millions of dollars. The state cannot continue to spend money on this problem. The Dalton Highway is the most obvious example of the cost of global warming. Scientists use this road to study the effects of warming on the planet, but many other roads in Alaska share a similar problem. Alaskan officials know about the problem and want to assure its residents that they are working on it. But Alaska can only do so much. They need the help of the entire planet if they expect to win.