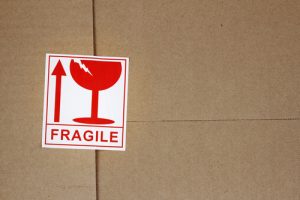 BETHEL, Alaska — A return of over 60,000 artifacts the community of Quinhagak is expected. Artifacts are unearthed from a nearby ancient village and sent to Scotland.

The community hopes to receive the artifacts in the Southwest Alaska village to make it in time for a museum opening next week.

The University of Aberdeen in Scotland received them in a purpose of cleaning and preserving. Nearly a decade ago, archaeologists began excavating the ancient village of Nunalleq after permafrost started melting which caused to revealing the items.

“We were hoping that the artifacts will be back by then,” said archaeologist Rick Knecht, dig site manager of Nunalleq.

The Qanirtuuq Native Village Corp. converted a former school into the lab for the archaeological site last summer, allowing the items to be locally preserved. The lab will also serve as a cultural center and museum, which is opening next week.

“These artifacts were found here on our land, they will be here at Quinhagak and Qanirtuuq will be the owner. I know it will be tough but I want the museum to be here.” Qanirtuuq President Warren Jones said.

In 2009, the artifacts began to be found by the residents along the shore near Quinhagak. Jones then reached out to Knecht to investigate the site, leading to a massive archaeological dig. Excavators and residents have since raced to save as much as they can before the site is eventually swept away.

Interesting fact: The artifacts date back to the Bow and Arrow wars in the 1600s, an episode still remembered through Yupik oral history.

Lawmaker Banned From Airlines for Going Against COVID-19 Mask Policy