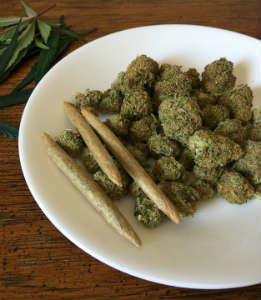 ALASKA, US – As of Tuesday, March 12, 2019, Governor Kevin Myers signed new legislation.  This legislation makes Alaska the first state to legalize on-site marijuana consumption at dispensaries. Simply put, this allows customers to go into a recreational weed shop, purchase a product, and smoke it at the destination.

This legislation officially takes effect on April 11th. Those who own dispensaries can apply for a “special on-site endorsement.” Therefore, companies must designate smoking areas where customers can smoke marijuana. There is only one requirement for this space’s location. The designated smoking area must be separated from the selling space. As a result, the smoking area will most likely be a patio or an outdoor lounge. Otherwise, the retail space and the smoking space must be separated by a wall.

The Marijuana Control Board requires that the businesses provide both security and ventilation for these recreational smoking areas. There are also regulations on edible THC products. For example, one person cannot exceed 10 mg of THC infused edibles in one day.

The director of the NORML marijuana law reform organization, Erik Altieri, believes that this new legislation can impact social justice in Alaska. This legislation allows those who live in public housing to legally attain effective cannabis treatments. Previously, lawmakers did not give civil liberties to those of low-income or marginalized communities. Altieri claims that now there is a safe and legal space for those who weren’t given the opportunity to use THC products before.

Even though Alaska isn’t the first place to allow marijuana consumption on-site, they are the first state. Before Alaska, San Francisco had city regulations allowing in-house marijuana consumption. Now, public marijuana use is state-wide legislation. Thus, many retailers might take their time before taking advantage of this new law since there are no prior standards.