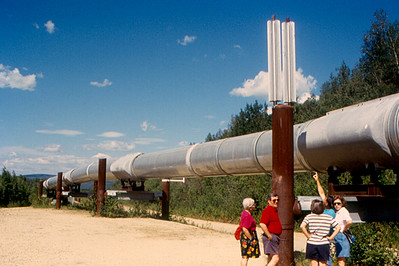 Alaska is known for its beautiful scenery, its abundant wildlife, its seclusion, and most importantly, its oil. Almost every industry is currently taking a hit. From grocery stores to trucking, no one particular industry is safe from the COVID-19 pandemic.

Alaskan Oil Is No Different

The industry has moved in the same direction as global oil has dropped to under $0 per barrel. The price comes from a high supply and a low demand. On top of that, Alaskan fossil fuels has seen a lower drop than its competitors in Russia and Saudi Arabia.

The start of the drastic decrease in oil prices comes from before COVID-19. Two of the world’s largest producers of fuel: Russia and Saudi Arabia went into a head to head competition as to who could lower their fuel prices. The key is that lower prices increase production. This increase in demand would allow each country to lift the limits as to how much oil they could produce.

Then COVID-19 hit. The projected increase in demand pulled a full 180 as people across the entire world sheltered into their homes. This meant that, for most, the safest bet would be to use their car for groceries and emergency situations. One of the highest productions of fossil fuels is currently meeting with one of the lowest demands in the history of the industry.

What This Means For Alaska

Alaska is hit hard by the collapse of the oil industry. With most of the wealth and workforce coming from oil, many residents have been left without work.

There is a silver lining to this. With most of the fuel coming from Alaska owned by other corporations and outside of both Russia and Saudi Arabia. As it stands, there is a lot of interconnected industries that work together with oil. Where Exxon Mobile owns the majority of Alaskan fossil fuels, as well as other partners, there is a buffer zone (albeit a small one) due to having more hands in the pot.