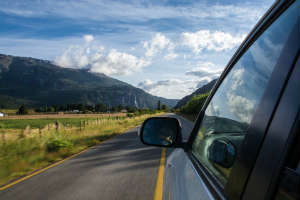 Something strange has been going on in Anchorage. A man there, Floyd Hall, who is fifty-four-years-old, has an interesting hobby. He likes to spend his free time hunting down and then recovering stolen vehicles.

But, as a result of this strange hobby, he has faced some issues with the law. In fact, he had a nineteen-month battle with the courts and has finally reached a plea agreement.

Hall was part of a group that calls themselves the “A Team.” The group collects public tips from social media and other networks. Then, they hunt down stolen vehicles. But, back in August of 2017, Hall got in a bit of trouble due to his participation in the group.

What happened? Apparently, he partook in a high-speed chase in the pursuit of a stolen truck. This brought charges against him… specifically, a count of reckless driving.

But, Hall didn’t want to accept the charge. Instead, he chose to fight the charges, which led to this long, drawn-out battle in the court. The question is – what is “right” in this situation? According to Hall’s attorney, Joshua Fink: “I think people have the right to maintain a safe and civil society. Police don’t have the exclusive right to that.”

The plea agreement resulted in the charge dropping to one count of reckless endangerment. Hall received a thirty-day jail penalty, but thirty days suspended. In addition, he received a $1,000 fine, but with $500 suspended. So, he could face another fine if he gets charged with another offense.

However, there’s a catch. Hall is required to stop his favorite pastime. No more chasing stolen cars. The wording of the order is a little bit gray. First, the prosecutors said he should not be allowed to “chase, follow or otherwise pursue” any suspected stolen vehicles. But, his lawyer, Fink, vetoed that. They then changed it to simply “chasing.” So, what happens next?

Will this plea deal stop the A Team from chasing down stolen vehicles? Should it? What do you think about the group’s motives and Hall’s court battle?