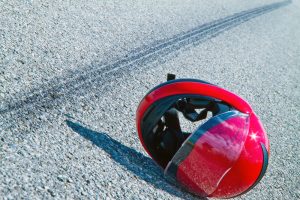 ANCHORAGE, Alaska — A man died late Wednesday in East Anchorage after he apparently lost control of his motorcycle and crashed into an oncoming car, police said.

According to the Police Department, he was not wearing a helmet. Additionally: Nobody else was hurt.

The motorcyclist was approaching Turpin Street eastbound on Boundary Avenue, just before 10 p.m. when the crash took place, police said. When officers arrived, they found the man dead at the scene.

The driver of the convertible, a Chrysler Sebring, remained on the scene, police spokesman MJ Thim said Thursday.

The identity of the victim has not been released immediately by the police.

An investigation into why the motorcyclist lost control was continuing, Thim said.