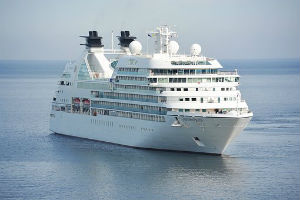 ALASKA, U.S. – The U.S. Coast Guard was forced to get involved on Friday evening after a cruise ship headed to Alaska lost all power while in route. The ship originated from Seattle and it wasn’t too long before the power shorted.

Ultimately, a tug guard chaperoned the cruise ship all the way back to the Port of Seattle once its power was restored. During the incident, no passengers were injured or harmed.

The ocean liner was full with 4,331 passengers when the power suddenly went out. This power outage occurred around 5:15 p.m. as the boat was passing Kingston, Washington. The outage lasted for several minutes. Upon returning to port, officials required an inspection before departing once again.

The ship was originally scheduled to transport passengers on a week-long round-trip sail from Seattle. The trip called for stops in a few Alaskan locations which included Ketchikan, Juneau, and Skagway. Ultimately, it was meant to stop in British Columbia before returning to Seattle Friday the 26th of July.

A spokesperson from Royal Caribbean Cruises Ltd said, “On Friday, we experienced a mechanical issue that caused the ship to temporarily lose for approximately 10 minutes. The issue was resolved, and the ship is currently operating normally.”

The spokesperson added, “In an abundance of caution, we worked with the United States Coast Guard to conduct a verification inspection of our vessel’s operational safety. We apologize for any inconvenience caused to our guests.”