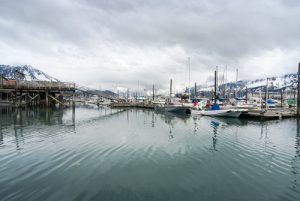 America’s northernmost city of Barrow, Alaska just saw its last glimpse of daylight for the next 2 months.

Are you wondering why might this happen? Let’s get this straight, the unusual activity of time between sunset and sunrise is due to the way the Earth tilts in relation to its orbit around the sun. Therefore, when the Earth’s northern part tilts away from the sun, some northern areas are being left without sun (daylight).

Thanks to being much lower in latitude, the least amount of daylight Barrow sees in a day is 9 hours and 35 minutes. That happens on December 20, December 22, and Christmas Eve.

After Sunday’s last Sun showing, Barrow won’t see daylight again until January 22, 2019. After that point, we’ll have 10 hours and 3 minutes of daylight here in the Star City.

However, the city is used to see this type of time changes every winter.

Life in Barrow will not be completely dark until January: according to local news, the city will get a few hours of twilight each day from the sun just below the horizon, allowing enough light to distinguish objects outside.

An interesting fact: The city changes its name to – Utqiagvik – by the time the sun rises in January. It is an Inupiat Eskimo word which means a place for gathering wild roots. The 61% of the city’s populations is Inupiat Eskimo.